Dangerous Effects Of Closing Vents On An HVAC

Some people think that they can trim their electricity costs and make their HVAC (heating, ventilation, and air conditioning) systems more efficient by closing off vents in unused rooms. Unfortunately, nothing can be further from the truth; in fact, closing vents in unused rooms can have negative effects, such as these ones:

It Will Make Your Home Uncomfortable

Closing the vents restricts airflow, and restricted airflow eventually affects your home's comfort. For example, some rooms will be warmer than others, leaving you feeling uncomfortable. It may also create discord in your house when some people want to lower the thermostat reading while others want to increase it.

It Will Increase Air Duct Leakage

If you close the air vents, the system will still force the same volume of air through the ducts. This means that the ducts will be under great pressure, and every small hole in the ducts will be leaking air. In some cases, the ducts may even burst under the increased pressure.

It Will Create a Pressure Imbalance in the House

Closing the supply vents to a house only affects the operation of that vents, the return registers will still be taking the air out of that room.  In such a case, the affected room will experience decreased (negative) pressure. A negative pressure in a room allows outside air to seep through the cracks and gaps, increasing the volume of unconditioned air in the room.

It May Damage the HVAC System

Another problem with closed vents is that they may eventually damage the HVAC system. The damage occurs because the inefficient airflow forces the system to work harder than it was designed to do. The blower, for example, may be damaged when it tries to deal with the extra pressure.  The heat exchanger is another part of the system that may suffer when it overworks and overheats. A damaged heat exchanger is a dangerous thing to have in your house because it can leak carbon monoxide, and don't forget that the carbon monoxide may spread easily to your rooms with negative air pressure.

It Increases the Risk of Mold Growth

As previously mentioned, closing off some registers will leave some rooms hot and some rooms cold. The cold rooms may experience increased condensation, and condensation is a serious catalyst for mold growth. Unfortunately, mold is not only a nuisance, but it is also a health hazard, especially if it gets into your HVAC system.

Don't rely on rumors and myths to operate your air conditioning and heating systems. If you want to make your HVAC system efficient, talk to a technician instead. To learn more, contact a company like Bergmann Heating & Air Conditioning. 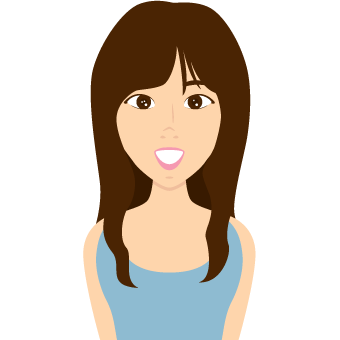 Hi, my name is Kendra, and I am a sommelier. As a sommelier, I have worked in countless restaurants, and I have seen their challenges first hand. While most people (including me) talk a lot about wine and food pairings, I want to depart a bit and talk about something unusual – HVAC in restaurants. Restaurants have unique HVAC challenges – they need to keep the wine cellar cool, and they need to keep the kitchens from overheating as well. At the same time, the dinning room has to be comfortable. This isn't always easy to achieve especially if you are also dealing with a sweaty dance floor, offices and an outside patio. If you are interested in those HVAC topics, please explore this blog.

Multi-Split Air Conditioner Issues: Why Isn't One Of Your AC Zones Cooling? - 16 January 2023